Toulouse, 17th May 2017 – Team DAELead from The University of Hong Kong, in Hong Kong has been selected by an expert team of judges as the winners of the Airbus Fly Your Ideas 2017 global student competition. Team DAELead beat fierce competition to win the €30,000 first prize with their effective design for a Private Stowage Compartment (PSC) underneath passenger’s feet.

The final stage of the competition took place this week in Toulouse, France. Five short-listed teams of students – whittled down from 365 entries in Round 1 – were invited to spend a week at the Airbus ProtoSpace facility to visualise, prototype and test their ideas using state-of-the-art equipment, before presenting them to a panel of academic and Airbus and aerospace experts. 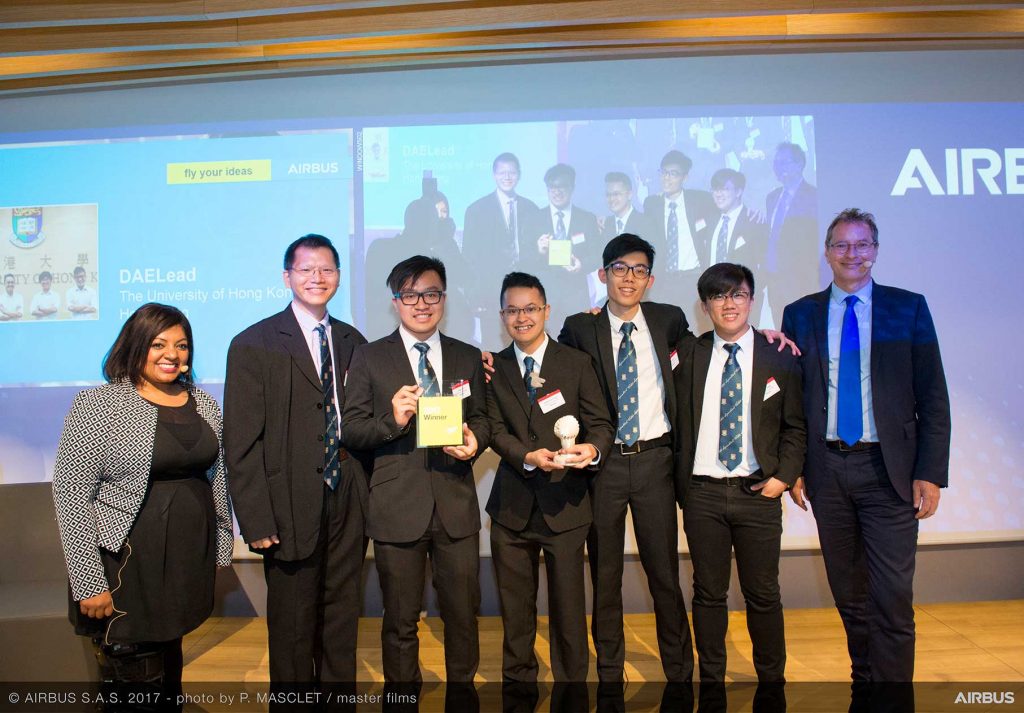 Airbus Fly Your Ideas 2017 Winners: Team DAELead from The University of Hong Kong

The judges were impressed by the vision and skill of Team DAELead in seeing such a simple but effective solution for improved passenger experience. The new aircraft cabin design fully utilizes the space between the cabin floor and the cargo ceiling to give the passengers their own personal luggage space. 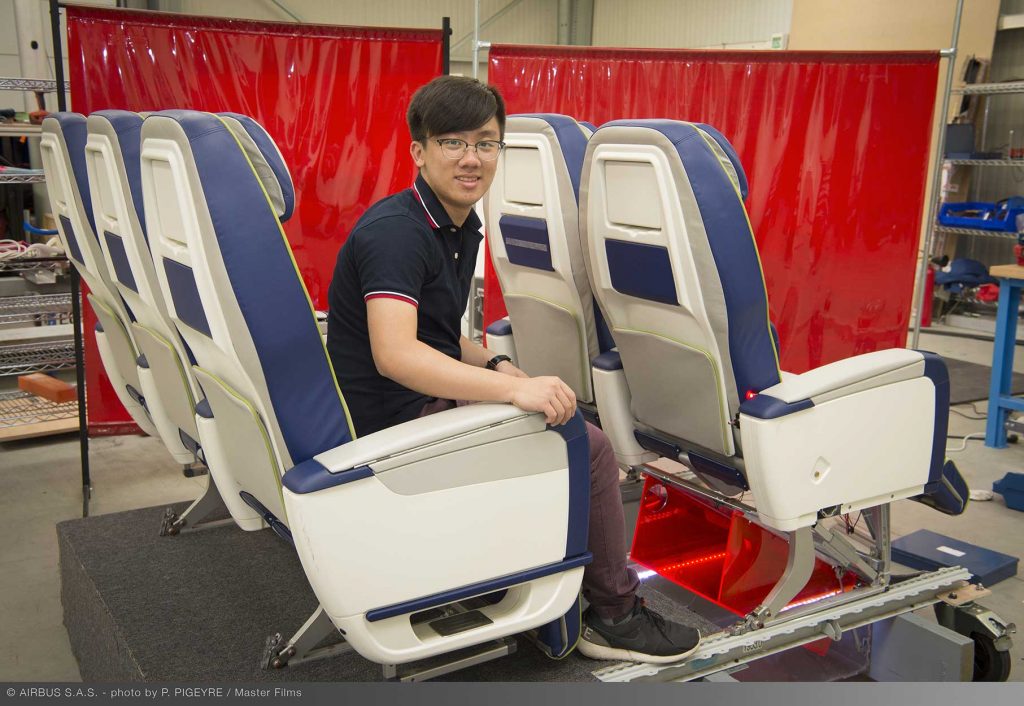 Airbus Fly Your Ideas 2017 Winners: Team DAELead from The University of Hong Kong

The runners up, team Aquarius from Royal Melbourne Institute of Technology (RMIT), in Australia winning €15,000 for their radical concept which turns a military A400M aircraft into a tool to stop rapid wildfire. 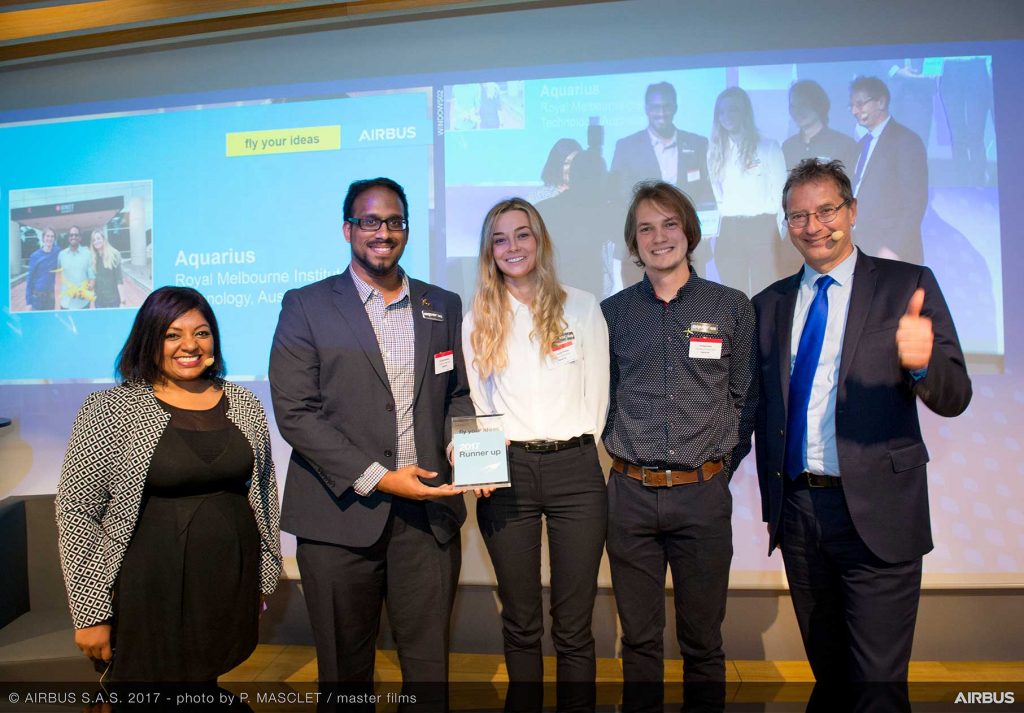 Airbus Fly Your Ideas, now in its fifth edition and organised in partnership with UNESCO, was launched to inspire the next generation of innovators from around the world. In their entries, the students had to answer one of five challenges identified by Airbus, ranging from improved passenger experience to manufacturing innovations, to provide sustainable solutions for the future of flight.

A record of nearly 5,500 students from around the world registered to participate in the 2017 competition. Since the Fly Your Ideas competition launched in 2008, more than 20,000 students from over 650 universities in over 100 countries worldwide have taken part.

Diversity is at the heart of the initiative: teams are encouraged to involve members from a range of academic disciplines and backgrounds. This year’s finalist teams represent nine different nationalities and eight universities across Africa, Europe and Asia-Pacific.